One of the biggest hurdles in education for young children is motivation. It can be hard to convince a child to start learning and even harder to keep their attention focused on books without a proper incentive for them to learn. Children do have a natural curiosity to learn about the world which begins at infancy, but it may not necessarily align with their schoolwork or early education curriculum which can lead to frustration among the instructors. In fact, many children find it difficult to stay interested in schoolwork without the structure found in schools and is therefore a significant cause of concern for parents who home school their children as well as instructors in non-traditional educational environments. There are various research carried out about promising approaches for parents and teachers that promote positive motivation and learning during early childhood. Certain educational institutes such as Christian Schools Sunshine Coast make use of motivation techniques to ensure that young children receive proper guidance and are able to keep up with their education.

As mentioned previously, children are naturally inquisitive about the world around them. Allowing children, the opportunity to interact with the environment around them will allow them to learn on their own as well us raise questions about the nature of things which they will pose to the instructor, who will be able to use it as an opportunity to advance the child’s education. This method of learning requires allowing the child to take the lead on their own education, but it results in the child being more interested in what is being taught.

For young children, social development is often more important than pure academic education as the advancement of social skills is less likely to be learned later in life. While schools and other educational institutes will certainly focus on the academic part of a child’s development, their competency in teaching child proper social skills, how to interact with peers, how to form meaningful relationships etc. depends largely on the individual in charge of the teaching as well as the institution. The more reliable option is to begin teaching them at a younger age. Skills in conflict resolution and how to manage relationships is a valuable skill well into adulthood. 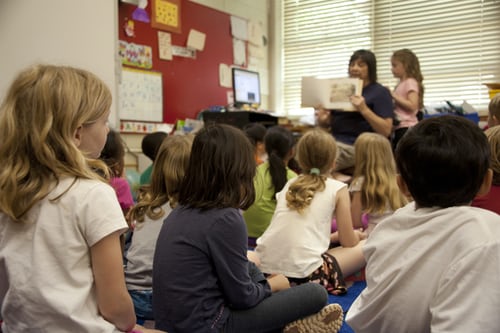 Often when children achieve something, we are tempted to praise the results and not the process of achieving them. This may lead to problems later in life where children are not motivated to carry on or persist on a task if it does not serve immediate results. It can also result in unhealthy developments, for example, if a child is called smart for the results, they achieve will have serious self esteem issues when they fail to produce results later on. Instead, praising their hard work results in them valuing it more, and giving every attempt their best until they succeed. They are also less likely to get demotivated on failure as the attempt is what matters to them, and not the results.

Be the first to comment on "Fostering Motivation in Children"