Nobody disagrees with the famous statement that football is the most popular sport worldwide even though the ‘football’ in the case is soccer. Nevertheless, football has other forms like Australian football, rugby football, and American football.

The Australian Football League rules, also known as ‘Australian rules football’ and ‘Aussie rules,’ the sport is between two teams playing on a customized cricket field or an Australian football ground. Each opposing team comprises 18 players on the pitch. 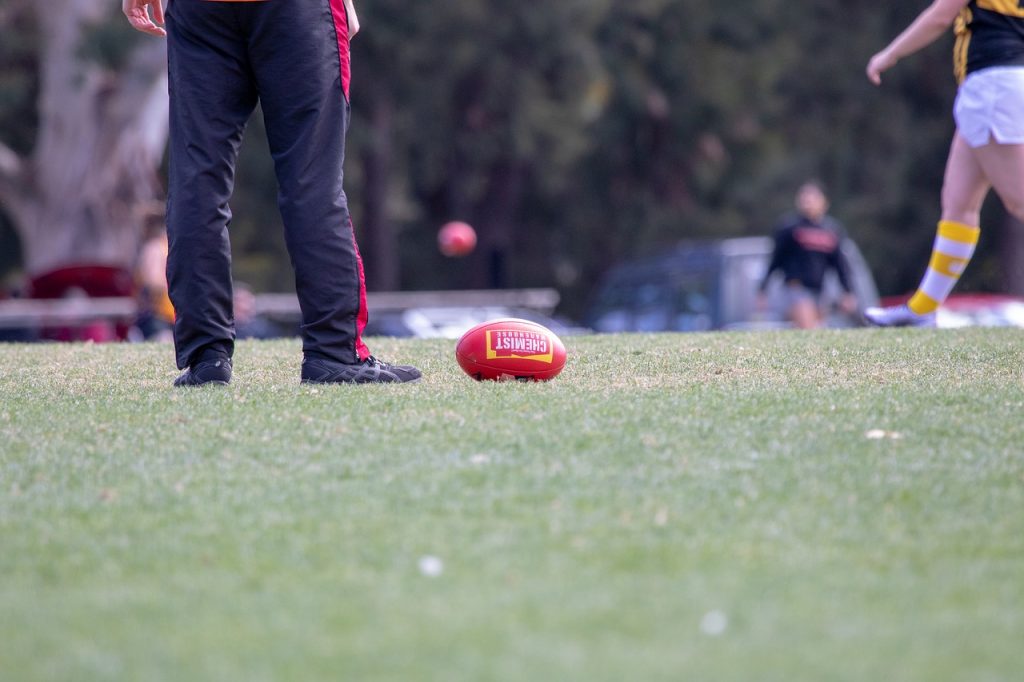 Similar to American football, scoring points is primarily by kicking the ball in the middle of two high goal poles. The team gets 6 points for every successful kick. Furthermore, there is an alternative scoring way known as a ‘behind,’ which counts as a score after the ball goes through the area between a behind post and a goal post at whatever height. Every successful pass attracts 1 point. Akin to most other sports, the winning team is the team that garners the highest points at the end of the game.

Equipment necessary for playing this sport is much. The players put on boots with studs (or cleats/stops) in the soles like with the football types. The players have to dress in shorts and a ‘Guernsey’ (a jumper or thick shirt). The ball for the sport is an ellipsoid ball, whose appearance is close to the ball in rugby or American football.

Duration for playing every game is in four quarters of 20 minutes each. The clock is stopped in cases of stoppage for reasons like scores and later, the time is given as an extension of the quarter often between 5 and 10 minutes. Only official timekeepers know the official game clock, and the clock is not on display for the public or players like in other games aired on TV.

The AFL season proper is from March to August (often a period of early autumn to late winter). The marketing of the sport is as AFL or Australian Football League. In the pre-season in southern Australia commences in late February.

The AFL works as a single table system like other popular sports leagues like the NBA and NFL. The implication, therefore, is there aren’t any conferences or divisions. The latest addition of Greater Western Sydney in 2012 makes the current number of clubs in the league 18 clubs.

Discover reasons this sport humongous spectator attendance amongst all sports in the land down under. View AFL games and find out what the rave is all about.